Stay tuned for Books We Live by Fall publications. We will kick off with Fabrice Jaumont‘s “The Odysseys,” in our Cinema studies Series, and the memoir of Serbian contemporary musician Ionel Petroi. On the fiction side, we have Michael Brodsky‘s “Circuits” and “X in Paris,” and Edward Schmidt‘s three plays collection, “3 Plays by Ed Schmidt.” Below are our current authors. 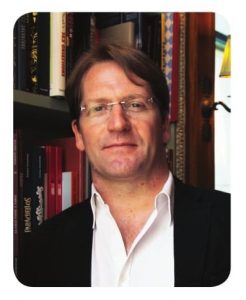 A native of France, Fabrice Jaumont moved to the United States in 1997 and has lived in New York since 2001. A scholar and researcher, he holds a Ph.D. in Comparative and International Education from New York University. He is the author of Unequal Partners: American Foundations and Higher Education Development in Africa (Palgrave-MacMillan, 2016); The Bilingual Revolution: The Future of Education is in Two Languages (TBR Books, 2017); and Partenaires inégaux. Fondations américaines et universités en Afrique (Editions de la Maison des sciences de l’homme, 2018). He is a Program Director for FACE Foundation in New York, and Education Attaché for the Embassy of France to the United States. He is also a Senior Fellow at Fondation Maison des Sciences de l’Homme in Paris.

Michael Brodsky is a New York writer, born and bred. He is the author of thirteen published works of fiction and several plays.

The first of his many published works of fiction – including novels and collections of shorter prose – was “Detour,” for which he received the Ernest Hemingway Foundation Citation of PEN. He lives in New York and works at the UN.

BWLB is pleased to announce that we are in the process of reprinting Michael Brodsky‘s entire writing portfolio, including novels, plays, and short-story collections, roughly 15 volumes.

Nancy Colier is psychotherapist in private practice, an ordained interfaith minister, a writer and public speaker. She graduated from the University of Virginia, Columbia University School of Social Work, the Focusing Institute and One Spirit Interfaith Seminary. Advaita Vedanta and Buddhist practices form the ground of her psychotherapy and spiritual counseling practice. A long time student of eastern spirituality and non-duality, Nancy helps to uncover the awareness and embodied presence that is the ground of well-being. Her work serves to connect clients with the mystic heart that lies beneath all wisdom traditions.

In addition, Nancy spent 20 years as a top-level equestrian, showing horses on the national horse show circuit. In addition to her own vast experience in sport, she has extensive training in the field of performance psychology. Her specialties include performing artists, and particularly musicians and singers. Her first book, Getting Out of Your Own Way: Unlocking Your True Performance Potential was published in 2001 (print: Luminous Press; ebook by Book Case Engine). Her new book, Inviting a Monkey to Tea: Befriending Your Mind and Discovering Lasting Contentment will be reprinted in April 2015 after a successful run at Hohm Press. She blogs for the Huffington Post and Psychology Today, and is a frequent public speaker.

Jonathan Curelop  is a graduate of the City College of New York’s Creative Writing Program. He has studied at Gotham Writer’s Workshop and the New York Writers Workshop. His fiction and non-fiction have appeared in various publications, including Solstice, Amarillo Bay, Liquid Imagination, UMass Amherst Magazine, apt, Raging Face, The Melic Review, The American Book Review and Aura.

Originally from Massachusetts, where he graduated from the University of Massachusetts/Amherst’s Theater department, he now lives in New York City with his wife, Pamela, and works as an editor and as a compliance officer at an international investment bank.

Diane Shainberg, Ph.D., (1933-2002) was a psychotherapist in New York City and Director of The Mani Center for Integral Psychotherapy and Study. She was a student of Zen and Dzogchen Buddhism for more than thirty years.

She studied Advaita Vedanta with Ramesh Balsekar and teaches psychotherapists, counselors, healers, and others how to integrate the non-dual awareness teachings and practices of Zen and Dzogchen Buddhism and Advaita Vedanta into their life and work.

As an ordained Zen Buddhist Priest, Dr. Shainberg led a meditation group at the Carnegie Hill Zen Center in Manhattan, New York. She was a member of the Peacemaker Community, founded and directed by Roshi Bernie Glassman, and she conducted a monthly Dzogchen group for Lama Surya Das.

She wrote numerous articles and two books: “Healing in Psychotherapy: The Process of Holistic Change” and “The Path and Process of Inner Change.” In addition, she won several awards for her writing. She had a Ph.D in clinical psychology from Columbia University.

Dr. Shainberg offered an on-going training program in Integral Psychotherapy at the Mani Center in New York, NY along with workshops on the Integration of Meditation, and psychological and spiritual transformative work.

Frederic Colier holds a BA and MA in Comparative Literature from Montclair State University and is currently a Doctoral candidate at CUNY Graduate Center, specializing in Environmental Humanities.  He is the author of more than 15 books, ranging from theater, film, social commentaries, and of course literary fiction, both in French and English. He sometimes translate other people’s books . . . He is the host and executive producer of Books du Jour and Book Case TV. 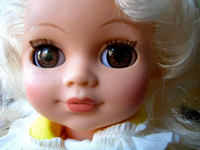 Kiki Avalon is the nom de plume of a medical assistant who, for the last twenty years, has been working in the field of cosmetic surgery. She has been trying to write novels for as long as she can remember walking into a surgical room. Probably only President Obama has seen more famous people than she has . . . Besides prepping operation tools, she enjoys meditation and hiking tours. She lives in New York city with her three cats. “Nip and Tuck” was first written in 1998 as a short story.