Whether based on a real event or on the spur of the moment, crime stories never cease to fascinate audiences around the world. All of them boil down to a handful of simple premises: how is the criminal going to get caught? Who did it? And we, the readers, cruise through the pages to find out. The three books this week do not escape these cardinal rules. 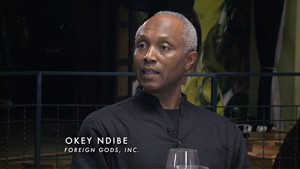 Okey Ndibe, “Foreign Gods, Inc.” tells the story of Ike, a New York Nigerian cab driver who sets out to steal the statue of an ancient Wa deity from his home village to sell it to a New York art gallery. Ike’s plan is fueled by desperation. Despite a degree in economics from a major American college, Ike has a strong accent, which bars him from the corporate world. 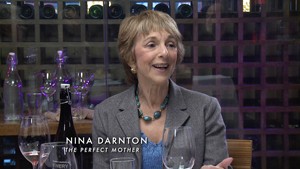 Nina Darnton, “The Perfect Mother” explores the painful relationship between a beloved daughter who acts against her privileged upbringing and her devoted mother who experiences unimaginable fears. Inspired by the infamous Amanda Knox case, the novel examines the complex questions of how well do we know our children, and how far we would go to protect them. 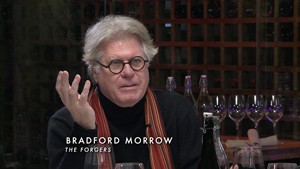 Bradford Morrow, “The Forgers” starts with the death of a reclusive rare book collector, whose hands have been severed, then shifts to Meghan and her lover, who specializes in forging the handwriting of Sir Conan Doyle. But when they receive threatening handwritten letters penned by long dead authors, a gripping tale of love and an exploration of the tenuous nature of authenticity follow.

Thank you for CITY WINERY, NY

Ever since Adorno claimed that writing poetry after Auschwitz was impossible, poetry has persisted and flourished. The vitality of our three guests proves that writing more than ever is an integral part of life to share our experiences. Writing in different style and tone, their books convey the compelling energy of creativity and the much needed momentum for endless discoveries and growth. 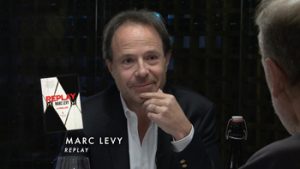 Marc Levy, “Replay” takes place on July 9, 2012, when NYT investigative reporter Andrew Stillman while jogging alongside the Hudson collapses in a pool of blood. When he regains consciousness, it is May 7, two months earlier. Stillman has now 60 days to find out who wants him dead. If only the past mistake could be fixed to alter the present. 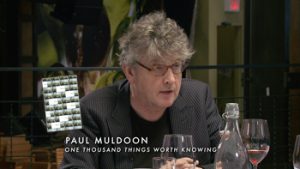 Paul Muldoon, “One Thousand Things Worth Knowing.” Smuggling diesel, a real trip to Havana, an Imaginary trip to the Chateau d’If, are just some topics of Paul Muldoons’ newest collection, which is exceptionally wide-ranging in its subject matter often within the same poem. If there is a theme to this collection, it is watchfulness. 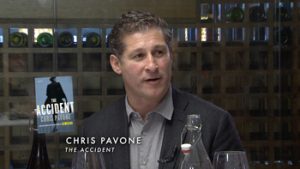 Chris Pavone, “The Accident.” Following the sensation with the “Expat,” which was influenced by his experience in Luxemburg, Chris Pavone has penned “The Accident” a masterful thriller that has all the hallmarks of suspense and high-end elegance in an international story of a dangerous manuscript resurfacing and creating havoc in the lives of the characters coming into contact with it.

This week panel consists of women authors. Whether we call them Authors or Authoresses, these writers (or shall we say writeresses?), have strong feminine voices, even more so when writing fiction. Their characters may span a wide range of lives, from the evil-eyed memoir to the floundering of a movie star, but ultimately, they face tough choices, and must decide whether the long-coveted dream too long in coming is still worth chasing. 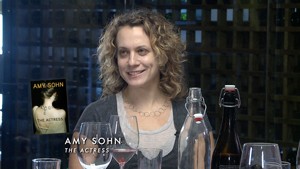 In Amy Sohn’s “The Actress” a young actress discovers that every marriage is a mystery and that sometimes the greatest performances do not take place on screen. Set in a tantalizing world of glamour and scandal, “The Actress” is a romantic, sophisticated page-turner about the price of ambition, the treachery of love, and the roles we all play. 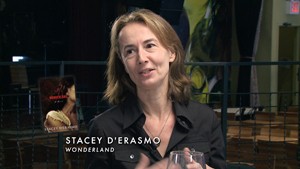 Stacey D’Erasmo, “Wonderland,” drops us into the life of an indie rock star at the moment when she’s deciding whether to go all-in or give up on her dreams. After taking a seven-year break, Anna gets a last chance to figure out whether the life she once had is one she still wants. 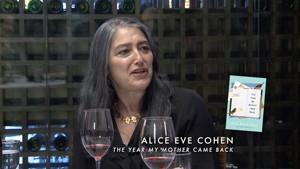 Alice Eve Cohen, “The Year My Mother Came Back.” Thirty years after her death, Alice’s mother appears to her and continues to do so during the hardest year Alice has had to face: the year her youngest daughter decides to track down her birth mother, and Alice herself gets a daunting diagnosis. A story of resilience, peace, and boundless love.

WELCOME to BOOKS DU JOUR. We are back with a brand new season. Season premiere is tonight on LIFE 25 at 10:30 pm, then every Wednesday thereafter.

Host, Frederic Colier, introduces the first episode of the second season of Books Du Jour.  Whether deciphering an old parchment in some remote library or questioning the global culling of private data, authors always start with some treasure trove of information. Our first guests do not fall too far from the tree:

Pamela Fiori, “In the Spirit of Monte Carlo,” a colorful biography of Monaco, which depicts how a sun-baked desolate piece of rock clinging between France and Italy managed to become the must-place to live for the ultra riches.  Pamela’s story focuses on Monte Carlo, a district of Monaco.

David Shafer, “Whiskey Tango Foxtrot.” In this darkly comic novel, three young adults grapple with the usual thirty-something problems: boredom, authenticity, and a cloaked and omnipotent online oligarchy, an international cabal of industrialists and media barons, on the verge of privatizing all information.

Justin Martin, “Rebel Souls, Walt Whitman and America’s First Bohemians” is
an extraordinary book about New York City’s Pfaff’s Saloon, a basement bar on Broadway, near Bleecker Street, where the young Whitman and his “circle of Bohemians,” such as Ralph Waldo Emerson and Mark Twain, among others, were able to foster their talent as poets and writers.

As always, we would like to thank you, audiences, publishers, authors and PR departments,  for supporting us. Special thank you to City Winery.