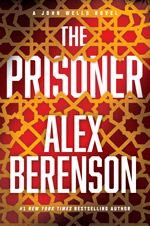 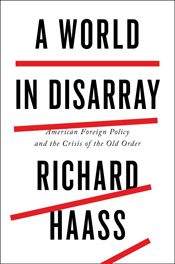 “A World in Disarray,” by Richard Haass

This book has a lot of merit, and more. Let me start with the merit part. Though I do not subscribe with all the solutions, which would take too long to explain, the author. Richard Haass, clearly chisels a new template for a productive global political environment. Something, which he calls World Order 2.0. Haass’s grasp of the international scene is pragmatic, solidly anchored in a deep experience. One can sense that years in the administration have made him the de-facto expert in foreign policy and international relations. What makes the book so engaging however is its outline. Before offering his conceptualization and solution for the future of American relations, Haass gives a world tour of the current international climate, exposing the traditional triumvirate of power, Russia, China and US, and complementing it with the new disrupters and rule-breakers, the likes of ISIS and North Korea.

Now about the more. When I first reviewed the book three months ago, the world was a different world. With hindsight of the last three months of the Trump presidency, the book can appear prophetic. Lots of the upheavals that have unraveled since the beginning of the year have somehow taken place, as if Haass had his ears glued directly against a geo-political crystal ball. But this would be misleading. Because Haass is just what he is: a fine-tuned expert, woh has sharpened his tools on the stone of history.

What becomes valuable in Haass’s incisive analysis is his understanding of the breaking down of post-WWII models of foreign policies seen as completely unfit to confront the new issues of terrorism, climate change, cyber war and the potential threat of nuclear weapons. The book’s merit lies here. Haass is not afraid to mention the US’s past mistakes in foreign policy and often its failure not to act. As you can imagine the task the new leadership has to face is staggering, and it requires sound minds to deal with it. But what comes through is that if the US wants to reinforce its ties with other sovereign nations, it must do so with a radical change of its understanding in an ever changing world. Haass’s strength rests in his ability to pave the first steps for the nation without fear.