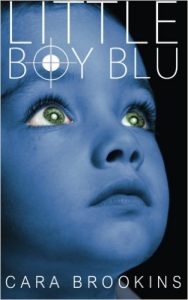 Blu Tracey grew up isolated in the Appalachian Mountains and is the only child in his family without a genetic abnormality that causes blue skin. But when he discovers his mother intentionally had abnormal children for a reality television show, he becomes the target of a killer. If Blu doesn’t expose someone in his own family as a suspect, his siblings will be exploited for their rare, genetic mutation, and worse they could be the next targets in the killer’s pursuit of fame.