Book private investigator Frank Debonair realizes that to become a young adult author all you need is to be young at heart. He talks about his discoveries unveiled at Book Expo America. 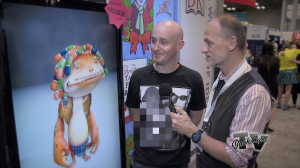 In Book World, Acacia O’Connor from the National Coalition Against Censorship talks about banned children books in schools and libraries.

The Pick of the Week segment includes several young adult authors, including: Jessica Verdi (My Life After Now), Tyler Whitesides (Janitors), Holly Goldberg Sloan (Counting by 7s), and Laurie Boyle Crompton, the author of Blaze (or Love in the Time of Supervillains).